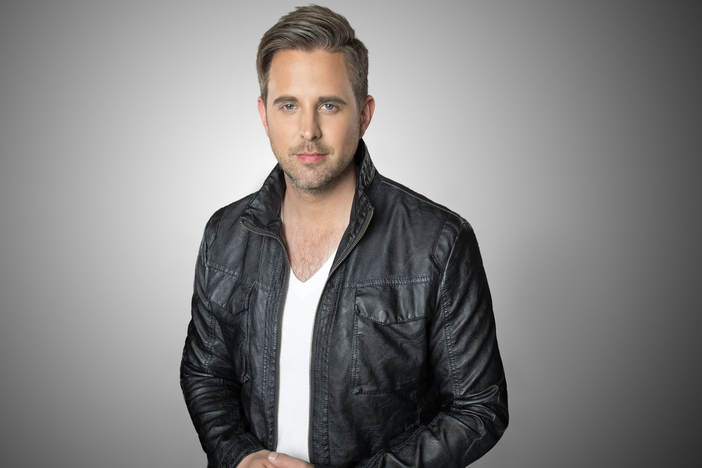 Authored by Matt, Sanctus Real's most recognized hit, “Lead Me,” has resonated with men, women, and families all over the world. However, what most people don't recognize, is the great irony behind the song itself. "Lead Me," the very song that catapulted the band to the heights of their success, was also the song that would play a major part in Matt's twenty-year career as their front-man coming to an end. As crowds of thousands echoed the words "Don't want to leave them hungry for love, chasing things that I could give up" Matt was deeply convicted that it was time for him to start singing those words less and living them more. Matt made the difficult decision to step away from the band. In February, 2016, Matt played his final show with Sanctus Real.

The emotions behind Matt's decision to leave his former band is penned into the opening track of his self-titled album, "Heaven Knows." Throughout the album, Matt takes on the difficulties of stepping out of a familiar and comfortable place to follow Jesus, who often calls us to do difficult things for our ultimate good. Blind trust, or simply put, faith, is a thread that's woven throughout all ten tracks of Matt's new album.
​
Matt has been married to his wife Sarah for sixteen years, and together they have four children. Birthed from his own struggles, one of Matt's greatest passions has become ministering to broken families. In 2010, Matt's son, Bowen, was born with a rare and severe heart disease. Through the pain of caring for a sick child, Matt and Sarah faced some very difficult years of marriage. Out of their experience, Matt and Sarah, started two organizations that mister to families today. Whole Hearts Foundation is a 501(c)(3) non-profit organization that provides financial, emotional and spiritual support for families of children living with pediatric heart disease. In 2016, Matt and Sarah also launched "Lead Me Live" men's conferences, aimed at encouraging and equipping men to become great spiritual leaders in their home.

In 2016, Matt partnered with Full Circle Music and producer Seth Mosley to begin work on a new album which is slated to release in November 2017. “Tears”, the first radio single, broke into the Billboard Christian Airplay Top 50 chart within two weeks of its debut. His current single, “He Always Wins” is a worship anthem that is quickly being sung in churches around the globe. Additionally, Matt is writing a book about the themes of Lead Me and will release in late 2018.