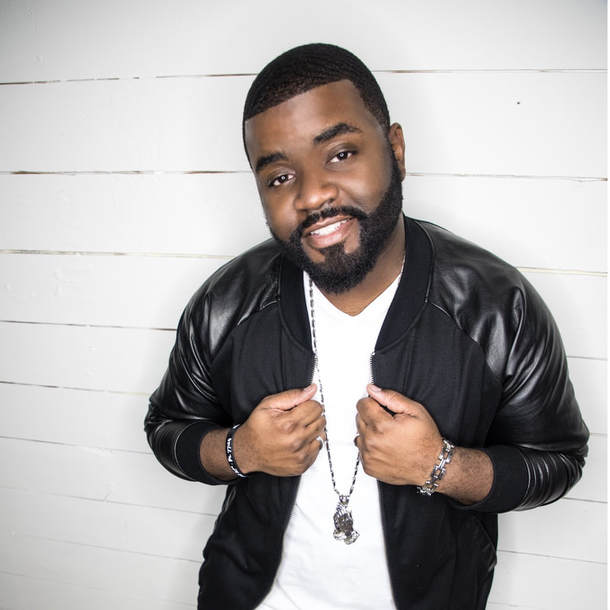 Marcus McFarlin, also known as “Elder Mac”, is a young preacher, actor, vocalist, producer, musician, and Stellar Award nominated song writer who clearly gives God his ALL when going forth in ministry. Whether it be leading worship at his home church while playing the drums, or performing before thousands; Marcus does NOT hold back!  Since the age of twelve, Marcus believed that God began to place victorious melodies and songs into his heart. As God began to elevate young McFarlin, he began to endure great test and trials that made him the psalmist that he is today.

In January of 2007, young McFarlin became the founder of Prayer Warrior Productions, later changed to Elder Mac Entertainment, a music production company located in the city of Milwaukee. Elder Mac has proven to be a young, innovative, anointed musician who loves to exalt the Lord through the ministry of music and radical praise. Although Marcus enjoys playing several instruments, Marcus is best known for his ability to lead praise & worship while playing the drums. Since age 14, Marcus has grown to be an accomplished song writer and producer.  His debut single, “He’s Coming Back” was released in 2007 under his own indie label, Pneuma Records. In the song, his goal is clearly to remind us that Jesus Christ is soon to return. This song caught the attention of many listeners allowing him to gain national attention from Anointed Pages Magazine. Elder Mac was then nominated for two AP Awards and the winner of the “2008 Male Soloist of the Year” award.

Not long after Elder Mac's National win in 2014, Marcus was faced with one of his toughest trials in his life after learning that he had bleeding nodules on both of his vocal cords. This news was an obstacle that almost handicapped Marcus' ability to sing forever. His doctor even stated that another performance could've scarred his vocal cords permanently beyond repair. Marcus knew this was an attack on his gift to minister in song and chose to keep the faith. After taking the necessary steps to full recovery, God completely restored Elder Mac's voice! God's hand touch and favor was truly evident when his surgeon stated that he had NEVER seen such great healing before; releasing him to full vocal usage a week earlier than predicted! Just 10 days after his miraculous healing, Marcus was acquired by Dream Records who later inked his first recording deal along with Capitol Distribution.

His unique, powerful, and original style has allowed him to share the stage with many mainstream gospel and R&B artist such as Kirk Franklin, Donnie McClurkin, Vashawn Mitchell, Mary-Mary, Dawkins & Dawkins, Canton Jones, Marvin Sapp, Dr. Bobby Jones, Donald Lawrence, Fred Hammond, Tye Tribbett, Yolanda Adams and many more. He has made appearances on the The Word Network, Trinity Broadcast Network (TBN), TCT Network (Totally Christian Television), Uplifting Entertainment Network (UPTV), The Dorinda Show, the world’s largest gig known as Summerfest, African World Festival, Jam4Peace, and many churches across the states. This is only the beginning of what God has begun to do in the life of Marcus "Elder Mac" McFarlin.