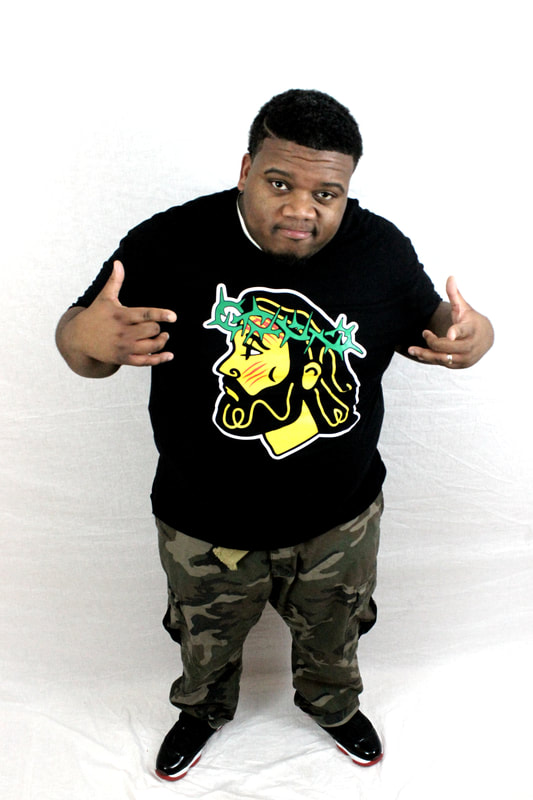 In December 1988, Benita gave birth to her son, Damon Golden. Damon was born to perform, using every family gathering to showcase his talents. All forms of art have captured his attention at some point in his life; while in grade school, he spent most of his time working on his poetry book or sketch pad. Damon has always enjoyed finding ways to create things.

Damon grew up in a family that loved music. He also grew up in the church, which gave him and his cousins the opportunity to learn to play instruments and sing very early in their lives. Damon credits his musical roots to his grandfather, a lifelong musician who was a deacon and a janitor at their church.  In addition to learning music from his grandfather, he also learned the power of commitment and consistency.

After college, Damon settled down with his wife Kristin, and they later had a daughter, Kaelyn. Taking what he learned from his grandfather and other mentors, he is a dedicated father and husband. He now lives in Anderson, Indiana, where he and his wife both work in the community.

Damon is still focused on making music, which dominates most--if not all--of his free time! In 2012, he released his first professional project, entitled "Just Choose Joy," which received great reviews on many music websites. Since this release, Damon has put out multiple mixtapes and singles. The most recent project he is working on is titled "2 Fish 5 Loaves." Damon calls this album his best work yet.

Since his first release, Damon has been fortunate enough to open for artists such as Thi'sl and DaTruth and to perform in Texas, New York, Atlanta, Chicago, Oklahoma City, and Canada. Damon uses his honest lyrics and great music to confront his audiences with not only an enjoyable performance but also with an opportunity to change their lives. The bottom line is that Damon's goal is just that--to help people change for the better through music.