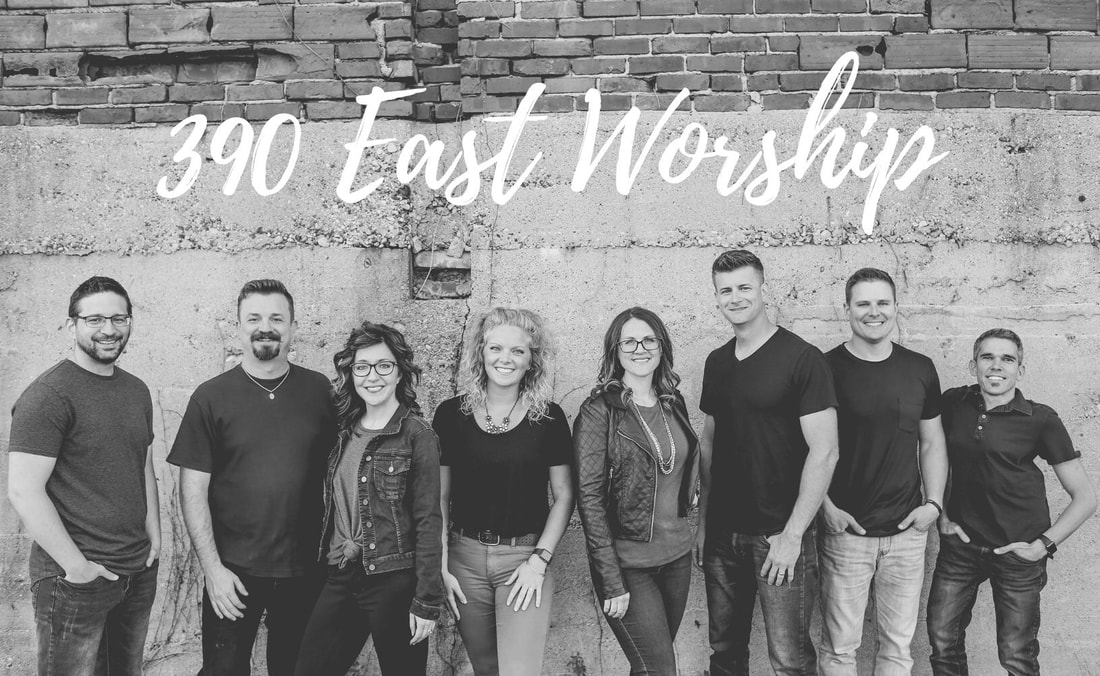 390 East has begun a new chapter in their journey! Originally the band was formed as a Christian Rock band playing high energy rock shows. While 390 East is still entirely capable of doing just that, they have now added even more Christ-followers to their team to form 390 East Worship. Stemming from a local night of worship in their hometown organized by the band, 390 East Worship now consists of several worship pastors and worship team members from all around the Wabash IN area that have come together for one purpose, To Glorify God with Song. The band has added 3 female vocalists, and a keyboard player to make a unique a versatile group of musicians who can bring an audience into a deep place of worship or into a high energy engaging atmosphere.